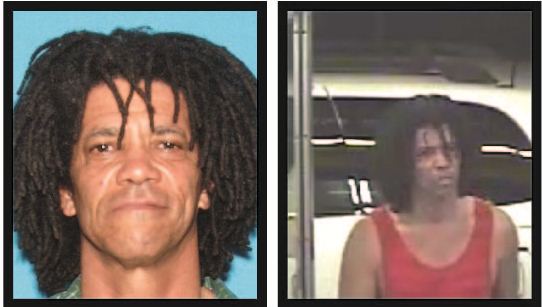 Detectives searched Wednesday for a 54-year-old man suspected in a fatal stabbing last week in a Westmont motel room.

Robert Brewer, 21, was discovered dead Jan. 23 about 10:40 a.m. in a motel room off South Vermont Avenue in unincorporated Los Angeles.

Brewer had left his home in Texas about two months ago to visit a friend in Oregon. He recently made his way to Southern California, Francisco said.

Investigators suspect that Oscar Bridges, a.k.a. "Rick," is involved in the stabbing. Bridges, 54, is known to frequent motels in the Hollywood and West Hollywood areas, said Lt. Holly Francisco with the Los Angeles County Sheriff’s Department.

Bridges checked into the motel Jan. 21 and planned to stay for two weeks, but was gone on the morning that Brewer was discovered.

Surveillance video obtained from the area shows Bridges with Brewer on Jan. 22 about 6:30 p.m. Brewer's body was discovered the next morning.

"The biggest thing is, 'How are they linked together?' " Francisco said. "That's the big question."

Bridges is black, 6-feet-2 and weighs about 180 pounds. He has an extensive criminal history, including narcotics, assault with a deadly weapon and evading police arrests. He is a registered sex offender, Francisco said.

Investigators believe they have evidence linking Bridges to the crime, but declined to give specifics.

Westmont has been the site of more than 100 other homicides in the last seven years, making it one of the deadliest neighborhoods in L.A. County, according to a Times analysis of homicide data since 2007.

What is a 21 year old doing with this old dirt bag. If he has such an extensive criminal history, what is he doing out roaming the streets? Was he just paroled out on early release.