Transient is charged in slayings of elderly La Verne couple 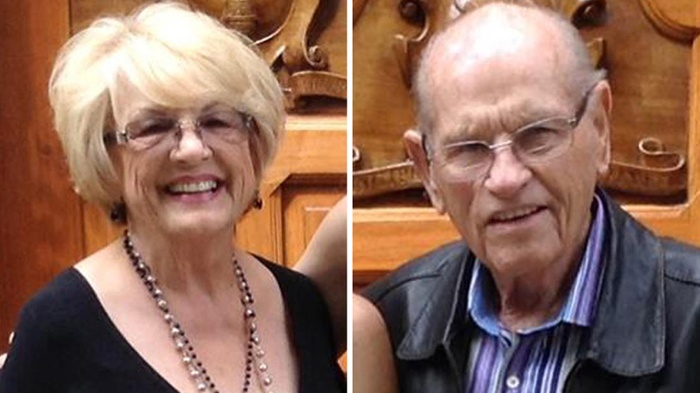 The Los Angeles County district attorney’s office has charged a transient with capital murder, accusing him of bludgeoning an elderly La Verne couple to death and stealing the wife’s cellphone.

Luke Fabela, 23, was charged in the deaths of Shirley Isom, 74, and Armie "Troy" Isom, 89, the owners of a construction business who were found in their hillside estate on Roughrider Road on Dec. 26, 2014. Nothing had been removed from the 80-acre property except Shirley Isom’s cellphone, according to a statement released Wednesday.

Shirley Isom, who suffered stab wounds and blunt force trauma, died at the scene of what authorities called an extremely bloody attack. Her husband was taken to a hospital, where he died later that day.

Fabela has been charged with two counts of murder with the special circumstance of multiple murders in the commission of a robbery; one count of second-degree robbery; and one count of first-degree residential burglary.

DNA evidence from a jailhouse swab led investigators to Fabela, who had served state prison time and was arrested on suspicion of vehicle theft in San Bernardino a few weeks after the slayings. Los Angeles County sheriff's detectives announced in May that DNA had linked Fabela to the case and that he was already in custody in state prison after pleading guilty to the vehicle theft.

Los Angeles County Sheriff’s Lt. Dave Coleman told The Times last year that the Isoms did not know their killer and that they were bludgeoned and stabbed to death near their front door.

Fabela has a lengthy record of property crimes, including theft and burglary, as well as a domestic-violence conviction. He had no fixed residence, having lived with relatives and acquaintances in Claremont, Pomona, Montclair, La Verne, San Bernardino and elsewhere, authorities said.

How about a booking picture of the accused?

No one is safe anymore!