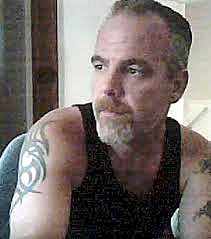 Bowers, who was homeless, was staying in the Castaic area, said Sheriff’s Lt. Joe Mendoza. Around 9 p.m., two patrol deputies spotted Bowers riding his bike in the parking lot of the Rodeway Motel, and ordered him to stop so they could search him,  Mendoza said.

The deputies had arrested Bowers in the past and  knew he was on probation, Mendoza said. The terms of his probation allowed police to stop and search him at any time to see if he was complying.

After he pedaled out of the parking lot, Bowers dropped his bike and began running north on the sidewalk, past a big-rig truck parked along the curb, Mendoza said.

Bowers did not comply with the deputies' commands, Mendoza said. “In the deputy’s mind, the suspect was armed — that’s what he told us during the interview — just based on the positioning of his hands," he said. "And out of fear for himself, the deputy fired once.”

The bullet hit Bowers in the chest, and he was pronounced dead at the scene at 9:19 p.m., according to coroner’s records.

Investigators did not find a weapon nor a “small item” that deputies said he discarded, Mendoza said.

Witnesses have given investigators conflicting accounts of what happened, Mendoza said. Most witnesses said they saw Bowers running with his hands near his waistband, he said, but the stories vary about what happened next or what the deputies said to Bowers

The Los Angeles County district attorney's office will review the case, as it does with all shootings involving police.

The deputy’s name has not been released. The Times filed a request under the Public Records Act on Aug. 23, asking for the name of the deputy who shot Bowers (and the name of the deputy who shot Donnell Thompson Jr., on July 28). The Sheriff’s Department responded the next day, saying it was obligated to respond in 10 days, but needed up to an additional 14 days to “appropriately examine the potentially voluminous amounts of records” in the two cases.

Anyone with information about the Bowers case is asked to call the Sheriff’s Department Homicide Bureau at (323) 890-5500. Those wishing to remain anonymous can call Crime Stoppers at (800) 222-8477.

Share a memory or thought about William Armand Bowers