Mayra Cornejo, a 34-year-old Latina, was shot and killed by Los Angeles Sheriff’s Deputies Wednesday, Dec. 31 in the 100 block of West Compton Boulevard in Compton, according to authorities.

Deputies responded to a gas station about 4:30 p.m. regarding a report of a person with a gun, said Lt. Eddie Hernandez with the sheriff’s department.

Cornejo had arrived at the gas station with a gun that was registered to her husband and was furious over criminal allegations that the man was facing, Hernandez said.

The man had just been released from jail and Cornejo found him near a pay phone. She allegedly fired once at the man and the bullet grazed his shirt. He took the weapon from her and placed it on a nearby counter, but authorities said Cornejo grabbed the gun again.

When deputies arrived, Cornejo and the man were standing 2 to 3 feet from each …

Larry Londell Dunn, a 49-year-old black man, was shot and killed Wednesday, Dec. 31, in the 8100 block of South Western Avenue in Manchester Square, according to Los Angeles County coroner’s records.

About 7:15 p.m., Los Angeles Police Department officers responded to a call of an assault with a deadly weapon inside an apartment, according to a news release from the department. When officers arrived, they found three men with gunshot wounds.

Dunn was pronounced dead at 7:50 p.m. at the scene, according to coroner’s records. The two other men were taken to hospitals and are expected to survive. 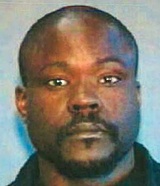 Christian Alexander Blanco, a 20-year-old black man, was shot and killed Monday, Dec. 29, in the 1800 block of West 84th Street in Manchester Square, according to Los Angeles County coroner’s records.

Blanco was walking along the street about 6:30 p.m. when a silver Honda Accord drove up and a person inside fired multiple rounds, said LAPD Det. Chris Barling.

Blanco was pronounced dead at the scene at 6:50 p.m., according to coroner’s records.

Gerardo Garcia, a 34-year-old Latino, was shot and killed Sunday, Dec. 28, in the 14000 block of Clark Avenue on the border of Hacienda Heights, according to Los Angeles County coroner’s records.

Witnesses told deputies that shots were heard in the area shortly before 2 p.m., according to a news release from the Los Angeles County Sheriff’s Department.

A person called deputies and reported that a man was in a vacant lot bleeding and unconscious.

Garcia was pronounced dead at 1:51 p.m. at the scene, said Ed Winter, assistant chief of investigations for the coroner’s office.

About 11 p.m., deputies responded to a report of a gunshot victim and found Barron wounded, according to a news release from the Los Angeles County Sheriff's Department.

Witnesses said that a gunman started shooting at a group of people hanging out in a parking lot. No one else was injured. Barron was taken to a hospital where he was pronounced dead at 11:27 p.m., according to coroner’s records.

Correction: Barron was originally listed as a black man. We regret the error.

Asha Donnell Jenkins, a 37-year-old black woman, was shot and killed Thursday, Dec. 25, in the 1400 block of West 154th Street in Compton, according to Los Angeles County coroner’s records.

Shortly after 7:30 p.m., L.A. County Sheriff’s Department deputies responded to a home regarding a report of an assault with a deadly weapon, according to a news release from the department.

Deputies found Jenkins wounded, and she was pronounced dead at 7:41 p.m. at the scene.

Authorities said that the gunshot's origin is unknown, but the bullets came through a window into the house.

Jenkins, who was from Utah, was visiting family in Compton, family members told KUTV.

Family said that Jenkins moved to Utah to escape gun violence in Compton. 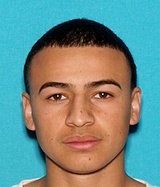 Shortly after 1 a.m., Castillo and another man were driving a white Nissan in the area when they encountered a black sedan, according to a news release from the Los Angeles County Sheriff’s Department.

The two vehicles stopped and a Latino got out of the black sedan and began shooting, striking Castillo. Castillo was able to drive a short distance before paramedics were called and he was taken to a hospital, where he was pronounced dead at 2:27 a.m.