Fernando Mendez Jr., a 28-year-old Latino, was shot and killed Tuesday, July 18, in the 2800 block of Walnut Avenue in Signal Hill, according to Los Angeles County coroner’s records.

Mendez was in the parking lot of the Fantasy Castle strip club at Walnut Avenue and East 28th Street about 1:50 a.m. when a “male figure” walked up to him and began shooting, Los Angeles County Sheriff’s Sgt. Bill Cotter said.

“We say he’s a ‘male figure’ because he appeared to be male, but he was wearing all dark clothing with a hooded sweatshirt pulled over his face, so you couldn’t see any of his features, race or anything,” Cotter said.

Mendez, who lived in Long Beach, was pronounced dead at the scene at 2 a.m., with gunshot wounds to the torso, according to coroner’s records.

Two women standing near Mendez also were struck by gunfire, Cotter said. They were taken to … 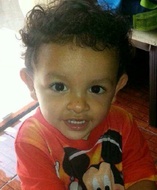 Josue Rey Maldonado, a 2-year-old Latino, died Sunday, Aug. 10, 2014, after he was beaten in the 2300 block of Lewis Avenue in Signal Hill, according to Los Angeles County coroner's records.

Signal Hill police officers became aware of the incident that morning, when they received a call about a baby not breathing, according to a Los Angeles County Sheriff's Department news release. When they arrived at the home, the officers found Maldonado bruised and unresponsive, according to the release.

Maldonado was pronounced dead at a local hospital at 6:26 a.m., according to Los Angeles County coroner records.

The toddler had bruising “all over his body,” including his hairline, face, ears, abdomen, chest, arms and legs, according to a petition filed in Los Angeles County Superior Court to remove the surviving sibling from his mother’s custody. The Sheriff's Department Homicide Bureau took over the investigation at the request of …

Frank McKane, a 59-year-old white man, was shot and killed Monday, July 23, in the 2100 block of Sea Ridge Drive in Signal Hill, according to Los Angeles County coroner's records.

Signal Hill police arrived at a residence after receiving a call about 8:30 p.m. Officers found McKane’s body at his home, where his 38-year-old girlfriend, the alleged shooter, attempted suicide.

The woman was taken to a hospital with non-life-threatening injuries, officials said.

McKane’s preliminary coroner report shows he sustained two gunshot wounds to his back, right forearm, and mouth, as well as slice wounds to his left hand.

It’s unclear if the woman was later arrested in connection with McKane’s death.

Anyone with additional details about the shooting is asked to contact the sheriff's homicide bureau at (323) 890-5500. Tipsters wishing to remain anonymous can call Crime Stoppers at (800) 222-8477.

Jahmonte Domoni Derrett, a 20-year-old black man, was shot several times and died at a hospital June 19. He was shot in the 2400 block of California Avenue in Signal Hill, according to the Los Angeles County coroner's office.

Craig Harvey, chief coroner investigator and chief of operations for the coroner's office, said that Derrett was walking with someone when they were approached by three people who began shooting at them.

David Pettigrew, 22, a white man, was found shot in the head at 658 Temple Ave. in Long Beach. About 8:10 a.m. Monday, Sept. 10, maintenance workers doing repairs found a door to an apartment ajar and Pettigrew's body inside. The coroner has listed his time of death as 8:11 a.m.