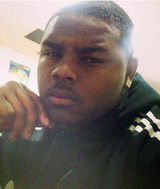 Andrew Gregory Bender, a 19-year-old black man, died Tuesday, Feb. 9, after he was shot in the 8500 block of Cedar Street in Bellflower, according to Los Angeles County coroner’s records.

On Jan. 27 about 9 a.m., Bender and a friend were walking from a liquor store to a gathering at a nearby house. As the two men walked back, a gunman ran up behind them and opened fire, said Det. Eduardo Aguirre with the Los Angeles County Sheriff’s Department.

Bender was hit while his friend ran for cover, Aguirre said.  The friend was not injured.

After firing several rounds, the gunman ran to a vehicle and fled the area, Aguirre said.

Bender was taken to a local hospital. On Feb. 9, he was pronounced dead at 8:16 a.m., according to coroner’s records.

Detectives believe Bender was targeted because of his affiliation with the Neighborhood Compton Crips, Aguirre said.

Investigators believe the gunman and driver are black men in their 20s.

Do you have information to share about the life of Andrew Gregory Bender III ? The Homicide Report needs your help. Please fill out this form or e-mail us at homicidereport@latimes.com.

Share a memory or thought about Andrew Gregory Bender III

Anthony king was convicted, when is his sentencing ?
if it occurred already, what was the time given by the judge?
thanks.

I miss you Head. You were a good friend and always made the people around you laugh. Growing up you were ALWAYS the youngest hanging with all the older kids an fit right in. I have alot of Love for you Andrew. The last we spoke, you called me a "Fly Guy" in the funniest voice Lol had me busting up! You'll never be forgotten little bro. I love you

Andrew Lee'Gregory Bender was a very special man, loving boyfriend, caring, giving, and always made fun of any situation good or bad. It breaks my heart to know our daughter will never get the opportunity to even get a chance to spend time with her father or even get to make memories with him. I know that we will find closure and get justice because he did not deserve this and neither did our BabyGirl. I Love You Forever Baby

Andrew G. Bender, affectionately know as (Head), was a kind a gentle youngman, he was a football player at Long Beach Poly, he loved Sports, basketball, football, skateboarding, and paintballing. Head also loved his Friends and family, and his life mattered to all who loved him. R.I.P my nephew, we will see you soon.