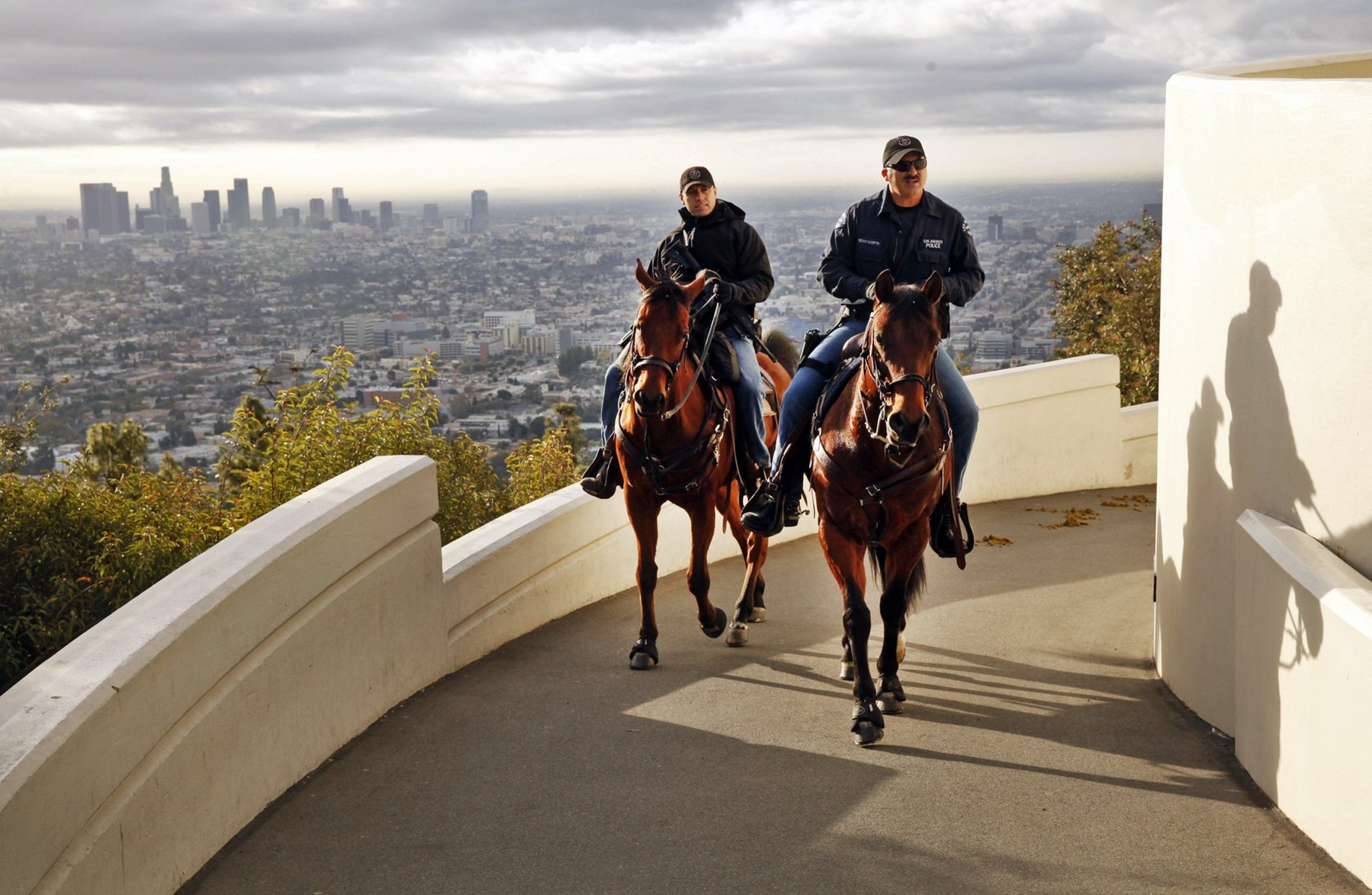 Brewer, who went by "Robee," loved the independence found on the open road. Brewer's four older siblings wanted him to stay in Rowlett, Texas, about 20 miles northeast of Dallas, but they understood his wanderlust.

Friends and family were grateful to see Brewer's Facebook posts, sometimes informing them of where he was. He kept in touch with his mother via telephone.

PHOTOS: The killing of Robert Brewer

Brewer spent time passing through Oregon and Montana. He talked about traveling farther, to Spain or Argentina.

On Nov. 9, 2013, not long after a short visit home, Brewer posted "on my way to Oregon" on his Facebook page. From there he planned to make his way down to California.

"He wasn't the homebody type," his sister, Rachelle Brewer, said. "He always wanted to be out doing something."

Aguilera knew the South L.A. neighborhood of Westmont well. He had worked as a gang investigator in the area for 12 years and expected a gang shooting.

Yellow tape surrounded the complex, and guests were confined to their rooms for questioning. Aguilera walked toward the back of the lot to room No. 20. Once inside, he saw blood everywhere in the simple room, which had a bed, powder blue walls and a flat-screen TV in the corner above a wooden desk.

A body lay face down on the bed, with long disheveled hair. Authorities found no identification. Deputies were told that a man named Oscar Bridges had checked in to the motel two days earlier. Bridges was described as a black man, 6 foot 2 and 180 pounds, with distinctive dreadlocks — not a match for the person on the bed. Motel employees told deputies they thought Bridges was alone.

As criminalists scoured the room for fingerprints and other evidence and a photographer snapped photos of the scene, detectives searched for information on Bridges' background.

He had a criminal record that included convictions for hit-and-run and assault with a deadly weapon. And he was a known sex offender who on multiple occasions failed to register, according to court records.

In the following days, detectives interviewed a former employer, former co-workers and friends. "We started to do everything we could to get to know him," Aguilera said.

They learned that Bridges liked to keep himself in shape by hiking in the Hollywood area. He had been fired from a job in West Hollywood in December. He had met Brewer in Venice.

A security guard told detectives he ran into Bridges on a trail in Griffith Park on Jan. 25. The two spoke briefly, then parted.

The guard had no idea Bridges was wanted on suspicion of murder.

Four days later, the Sheriff's Department set up a search for Bridges in the Hollywood Hills. Had he been living there all along? Officers from the Police Department assisted, and between 75 and 100 officers and deputies took part in the search that began at 6 a.m. around the Greek Theatre, in Runyon Canyon and Griffith Park.

The search used helicopters and horses, and jarred area residents.

"They didn't want him in the neighborhood," Aguilera said.

The search produced more tips than any that Aguilera had ever had on a case in six years of working homicide.

One person said Bridges was at a Gelson's in the area. Another thought Bridges was walking on Hollywood Boulevard. But about 2 p.m., officers scaled down the effort.

Interviews with Bridges' acquaintances produced a new lead: He might be in San Francisco. Now, the search had extended more than 350 miles.

Authorities by then had used fingerprints to identify Brewer as the victim and notified his family. In Texas they prepared for a funeral, and a family friend raised money online for the expenses. His brother Ryan flew in from Thailand, where he does missionary work. 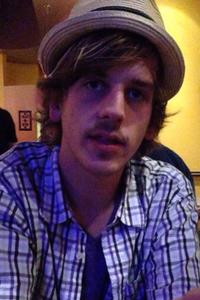 There were red and white flowers with a black ribbon that said "loving son" and a slide show with photos of Brewer and his family. Nearly 500 people attended.

In a video posted online, mourners remembered Brewer as an easy-going guy who wasn't afraid to show people his sensitive side. He was involved with the youth ministry at his church and would pray for other students.

"He was great at loving people," his brother Russell told those gathered.

PHOTOS: The killing of Robert Brewer

While family members were eulogizing Brewer, the Sheriff's Department got a call. San Francisco police officers had spotted Bridges in the Mission District that afternoon. After a short chase, he had been arrested. Bridges has since been charged with one count of murder and has pleaded not guilty.

Brewer's family is waiting to learn more about the circumstances that led to his death and the man accused of killing him.

"You do have to wonder if this guy took advantage of his willingness to trust people," said his sister Rachelle.

Oscar/ Rick, came across me on Hollywood Blvd years ago and introduced himself to me.. I firmly believe Robee was a great person and came across this sick man. Rick took advantage of everyone around him friends, family, and coworkers. Rick would offer the youth places to stay and sounded convincing working for him. Glad that sick dude is put away, hope he gets smashed and goes to hell

He was my uncle so keep all of those horrible comments to your self because its obvious that his family would want to see what the Internet was saying. I don't need you to rub it in that he died and I certainly don't need people to make rude comments on his death especially to an 11 year old girl whose uncle got murderd after his dog died then his dad died of brain cancer then his grandma died and to all his friend reading this I'm sorry for your loss and the worst part of it was at his memorial walking down the isle and seeing his picture at the end, it's when I finnaly realized he's gone and not comeing back I haven't cried for 2 years until he died and the only regret I have that he's now in heaven is that he left for 2 years and then died on me.If I had one wish that could give me any thing I would wish to say goodbye to my uncle. And that's also the thing I would least wish for because if I saw uncle Robee again I would never be able to say goodbye. One clear memory I have is when I was climbing the tree in their front yard and I finnaly made it to the top branch and sat on it,and he was right there siting next to me. But no matter how bad it would hurt my one wish is to be able to say goodbye.

I also ran from the entire L.A. scene when I was a young man in 1978. Was lucky enough to have an empathetic employer on the Westside who gave me a job and direction while I watched with horror on the exploitation of street kids in Hollywood.
I'm gay but that's irrelevant. It's like there but for the grace of God I go.

I used to live on Vermont 30 years ago...for a minute...it was horrible then. I can't imagine how bad it must be now. I RAN from the entire L.A. scene. Who knows what circumstances brought this young man to that motel, and encounter with the man that killed him. It's a tragic ending to a person's life no matter who or what the situation was. Speculating on sex, and drugs or any other scandalous conditions is typical of the dark, and negative thought process and attitude people have in this day, and age. My prayers go out to his mother, and his family and friends. I'm sorry that this happened to someone who was obviously VERY loved.

I feel for the family. I've thought about Robee every day since seeing it in the paper, it redused me to tears. I didnt know him but this has changed me and for the best. sending my love to everyone, everywhere.

I extend my condolences to the Brewer family. Reading this brought tears to my eyes. This young man had a very trusting heart, without malice, a heart that belonged to God. Robert is in heaven.

My brother was murdered under similar circumstances. If you were not standing there in his shoes when the lights went out, then you are not qualified to comment on what may have happened. Think instead about how terrible you would feel if this happened to someone you loved. Your son. Your brother. Show some Christianity, please.

I understand the need to rest after traveling, but why there? Why a broken, drug, roach infested motel, how can someone be that blind to danger, people who travel a lot always take precautions, if he was willing to pay to travel, why not spend the extra dollars for a decent motel, the victim being there is suspicious and it seems his family and friends didn't know everything about him.

Very sad story, Robee R.I.P. People in general should be cautious about strangers, we see faces, but we don't know other's hearts.

Robee was a good kid who was grieving the loss of his dad. RIP Robee..

Robee is one of my best friends. I was the one that traveld with him in Montana and from Texas to Oregon. This was not sexual unless it was forced. Robee was straight. It wasn't a drug deal. Robee didn't use drugs.. It was a case of he needed a place to sleep and trusted the wrong person.

Please take your conspiracies about this murder else where. I find it very disrespectful that you're saying these terrible things about my friend who was viciously murdered for no good reason and who died alone in a place he wasn't familiar with. He was a better person then you could ever understand and no human being deserves to die the way he did for whatever stupid reason the murderer had. You didn't know him and you really have no room to speak on this.

@Juan that's a good possibility, I was thinking more in the line of a drug deal gone bad or the pimp killed the John for either not paying or a robbery gone wrong.

This is a fascinating, mysterious case with possible salacious motive. The suspect clearly was a registered sex offender and the victim is a 21 year old white male, who is naive and trusting of strangers. Two adult men inside a seedy, roach-infested motel room were not exactly singing Kumbaya my Lord. There may have been sexual relations between the two men. After the suspect had sex with the victim, suspect (Bridges), killed victim (Brewer). Or victim resisted sexual advances from suspect, which ended up suspect killing victim. Moral lesson here folks is never invite strangers into your motel room, or go hook up with strangers for quick sex (that goes to gay men on craigslist).

Actually LA is a safer city than most, with historically low crime/homicide rates for the past years. Check the facts. But it's still a big city and big things happen in big cities.

Sad story about a man who just didn't know the dangers of this country. There are many cities in this country that are safe, Los Angeles is not one of them. My condolences to the victim's family and friends. One word of advice to my fellow travelers always be prepared for the worst, and the worst thing that can happen is losing your life. I traveled the railways as a teenager from Los Angeles to Memphis, I was almost mugged, raped, and possibly killed on several rail cars. The only thing that saved me from all that was a gun, thankfully I only had to threaten but none the less it was NEEDED.