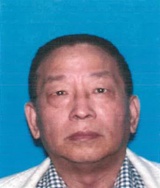 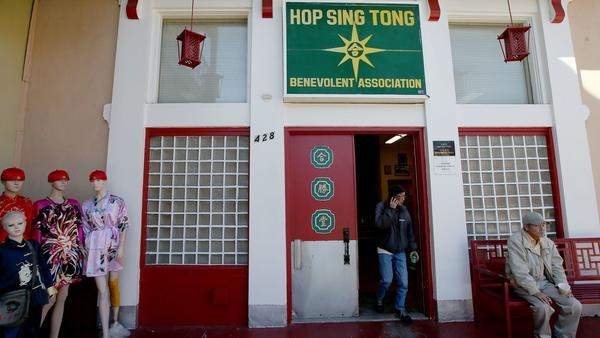 About 2:30 p.m., a man entered the Hop Sing Tong Benevolent Assn. and demanded that Yun, who was playing mah-jongg, give him $400 to pay for vehicle impound fees.

When Yun refused, the suspect pulled out a 6-inch knife and attacked him and Tony Young, 64, who tried to defend Yun, police said.  The suspect slashed both of the men in the neck. Yun and Young were pronounced dead at 3 p.m. at the scene, according to coroner’s records.

“It was personal and isolated,” said LAPD Det. Patricia Hauck who heads up the Central Division homicide unit. “We don’t know if he planned to go there and kill somebody. ... He came back over and over again recently.”

One of the victims, Young, was the president of the Chinese fraternal organization.

A suspect, Vinh Quok Dao, a 37-year-old Chinese man, was arrested on suspicion of murder the next day in Rosemead, police said.

On Jan. 31, Dao was charged with two counts of special circumstance murder with the allegation that he committed multiple murders and used a knife as a deadly weapon, according to the Los Angeles County district attorney’s office.

Police said Dao was once a member of the Hop Sing Tong and had visited the club several times in recent days.

Connie Vuong, a staff member with the Chinatown Business Improvement District, described the association as a social club that attracts an older clientele. Only members and associates of members are allowed inside.

The attack, she said, had left residents somewhat rattled with the Chinese New Year beginning that weekend.

“Everybody is calling us because this is a busy time,” she said. “We have a lot of tours, a lot of tourists coming in.”

Employees in the square said the members of the Hop Sing Tong mostly kept to themselves. Its clientele, mostly older Chinese men, could be seen puffing on cigarettes on benches near the building’s front door or playing mah-jongg when the doors were left open, but they did little to make their presence otherwise known.

James Pham, a 29-year-old waiter at Blossom, said he was in the back of the restaurant prepping for a dinner rush that would never come when the stabbings occurred.

LAPD officers moved quickly through the square, he said, evacuating businesses and searching for the assailant. The rush of cops was slightly unnerving, said Pham, whose family owned the cafe that turned into Blossom.

“My mom said it was the first time anything like this has happened,” he said. “We’ve been here since 2003."

Share a memory or thought about Kim Kong Yun