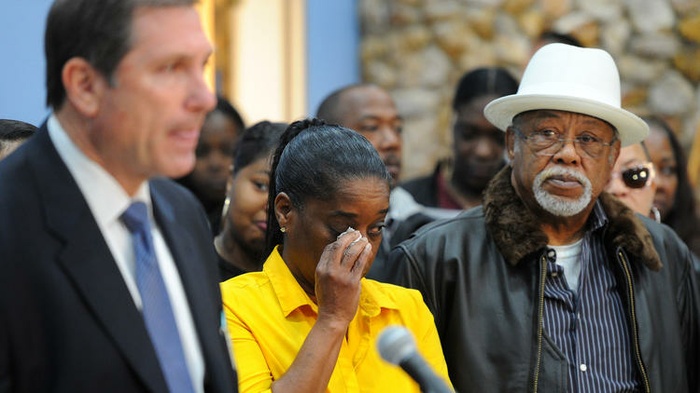 They were simply making a stop at a Compton convenience store. But when three childhood friends pulled out of the gas station on a Sunday night last year, they were ambushed.

Only one of them survived the gunfire.

On Thursday, family members of Richard Williams, 24, and Boston Keith Farley, 23, pleaded with the public to come forward to help solve the May 2016 double homicide. County supervisors have approved a $10,000 reward for information leading to the suspects, and Williams’ parents have offered an additional $10,000. City officials are expected to offer $10,000 more.

Authorities have said the victims had no gang ties and likely were shot “for no reason.”

“These guys had nothing to do with anything,” Los Angeles County Sheriff’s Lt. John Corina told reporters gathered at a news conference to announce the reward.

On May 15, the three men had gone to a nearby casino and were on their way home when they pulled into a gas station about 9 p.m. at South Wilmington Avenue and West Caldwell Street, authorities said.

As they tried to leave, a white truck blocked them. A person got out of the passenger side, and, armed with an assault rifle, sprayed at least 19 shots.

“The victims in this case had nowhere to go,” Corina said.

The victims’ car hit the curb across the street. An injured Farley, who was in the front passenger seat, noticed that Williams also had been hit and got out of the car to try to help his friend. Farley collapsed outside the driver’s side door.

The third passenger was not injured.

Surveillance cameras installed by the city captured a white pickup fleeing the scene. The truck, a white Chevy or General Motors vehicle, had ladder racks and built-in side tool boxes. 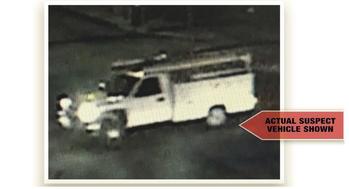 “It wasn’t just a murder. It was an execution,” Compton Mayor Aja Brown told reporters at the news conference. “There are people in the community who know who did this.”

Williams’ mother, Gwendolyn Williams, described her son as someone with “a real zeal for life.”

Williams worked as an installer for Frontier Communications and left behind a son who is now 13 months old.

Since the killing, Gwendolyn Williams and her husband have been devastated. The couple decided to refinance their home to be able to offer the additional reward money.

“There’s just one big piece missing out of our family,” she said later.

Farley worked at a warehouse and wanted to go back to school to become a barber, his family said. He also left behind a young child.

At the news conference, Councilwoman Janna Zurita said that in the coming weeks the council will offer an additional $10,000 reward for information in the killing, bringing the total reward amount to $30,000.

“Please remember,” Gwendolyn Williams told those gathered. “This could also save someone’s life.”

Photo, above: Gwendolyn Williams and Kirby Williams, parents of shooting victim Richard Williams, listen as Los Angeles County Sheriff's Lt. John Corina speaks at a news conference asking for the public's help in solving the May 2016 killings of their son and another man. Credit: Michael Owen Baker, For the Times