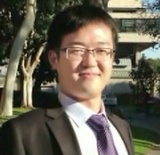 Xinran Ji, a 24-year-old Chinese man, was fatally assaulted July 24 near West 29th Street and Orchard Avenue in University Park, according to police.

Police said they believe that Ji, an engineering student, was walking home from a study group about 12:45 a.m. when he was assaulted. Ji was hit with a blunt object but managed to get back to his apartment, where his body was found later that morning by his roommate.

Detectives determined that Ji had been attacked earlier in part because of a “significant amount of blood” they followed from his apartment to the scene of the assault, said an LAPD official familiar with the investigation.

Ji may have tried to get away from his attackers after the beating began but was assaulted a second time, law enforcement sources said.

Four Latino teenagers have pleaded not guilty to murder charges in the killing. The defendants – Jonathan Del Carmen, 19; Andrew Garcia, 18; Alberto Ochoa, 17; and Alejandra Guerrero, 16 – were dressed in baggy jail-issued clothes as deputies escorted them into a downtown Los Angeles courtroom Aug. 12.

A criminal complaint alleges Garcia, Ochoa and Guerrero used a bat in the attack.

Authorities believe Del Carmen drove the car that night, prosecutors said. The four have been held without bail and are due back in court Sept. 12.

Prosecutors have yet to decide whether to seek the death penalty against Garcia and Del Carmen. Ochoa and Guerrero are not subject to the death penalty because of their ages, prosecutors said, and instead would face life in prison without the possibility of parole if convicted.

Under California law, prosecutors have discretion in certain crimes, including murder, to charge a minor as an adult -- as they have in this case. The courts, however, have ruled that minors are not subject to the death penalty.

Prosecutors allege that after the attack, the teens drove to Dockweiler Beach, where Garcia, Ochoa and Guerrero approached a man and a woman. The teens allegedly robbed the woman but the man escaped and flagged down police officers who were patrolling the area.

Detectives with the Criminal Gang Homicide division issued a department-wide bulletin for a vehicle sought in their case. The officers who impounded the vehicle in connection with the Dockweiler Beach robbery realized it matched the description, helping investigators link the two crimes.

Detectives said they believe there were no indications the suspects were gang members or that the attack on Ji was racially motivated.

USC Public Safety Chief John Thomas said the suspects were apparently not aware of the network of technology — including 150 cameras — scattered on and around campus.

The attorneys for Del Carmen, Garcia and Ochoa declined to comment after their Aug. 12 arraignment. Their families also attended the hearing, but only Garcia's mother spoke to a reporter.

"All I can say is I'm trusting in the Lord," Rosalie Garcia told The Times.

RIP. Hope the four that did that to you rot in prison. They don't deserve to see the light of day.

It is unfortunate that these web cams were not monitored in real time. If they had been then Jinran Ji might still be alive. The web cams and warnings plastered all over NUP give a sense of security that does not exist. Culprits will be caught but help will not come.

(“Video evidence presented at the trial shows Garcia, Guerrero, del Carmen and Ochoa pulling up in a car and getting out to approach Ji.”)-Daily Trojan
https://www.facebook.com/groups/northuniversitypark/

R.I.P, you did not deserve to die, you would have contributed so much, unlike those 4 mierdas that did this to you.
These 4 scumbags will suffer in prison.