Marvey Alofaituli, a 54-year-old Samoan man, was shot and killed Tuesday, Oct. 15, 2019, in the 200 block of East 10th Street in Long Beach, according to Los Angeles County Medical Examiner-Coroner’s records.

About 3:45 a.m., officers from the Long Beach Police Department responded to a call of a shooting at what police said was an illegal gaming establishment, police said in a news release.

Officers found Alofaituli with gunshot wounds, and he was taken to a hospital where he was later pronounced dead.

The suspect, identified by police as David Gonzalez, was still at the scene and taken into custody.

Police said Gonzalez, a 23-year-old Latino, was “engaged in illegal gambling” when he pulled out a gun and shot Alofaituli during a fight inside the business.

Police said they don’t believe the suspect and victim knew each other. 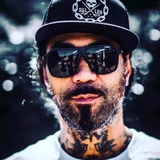 Tasi Malaki, a 45-year-old man of Samoan descent, died Sunday, Aug. 11 after he was shot in the 400 block of West Willow Street in Long Beach, according to Los Angeles County  Medical Examiner-Coroner's records.

Malaki, a Long Beach-based reggae and hip-hop artist known as Toko Tasi, was shot following a dispute near West Willow Street and Eucalyptus Avenue, according to the Long Beach Police Department.

He was pronounced dead at the scene at 12:13 a.m., according to coroner's records. The cause of death was listed as multiple gunshot wounds.

Friends told  KTLA5 that Malaki was attending a high school reunion when he was shot.

“We heard the gunshots,” Audra Viscidi told KTLA during a vigil for Malaki the following evening. “Before that, we were all just inside laughing and hugging each other, and saying ‘I love you’ and catching up.”

The shooter fled on foot, according to the department release. Four …

Julius Realista Rondez, a 70-year-old Filipino man, died Wednesday, July 3, after he was assaulted in the 400 block of East Temple Street in downtown, according to Los Angeles County coroner’s records.

On July 2 about 4:35 p.m., Rondez was walking down the street when he was knocked to the ground in an unprovoked attack, according to the Los Angeles Police Department.

Rondez fell and struck his head on the pavement. He was taken to a hospital and died the next day.

Officers recognized Gerson Carrillotorres, a 22-year-old Latino, from surveillance video and arrested him on suspicion of murder. Carrillotorres was charged July 15 with one count of murder and is awaiting trial, according to the Los Angeles County district attorney’s office.

The day of the attack, Rondez was supposed to go on vacation, his daughter Janice Rondez said in an interview with KTLA-TV Channel 5.

Gurpreet Singh, a 44-year-old man, was shot and killed Tuesday, May 7, in the 8500 block of Paramount Boulevard in Downey, according to Los Angeles County coroner’s records.

About 10:15 p.m., officers from the Downey Police Department responded to a call of a gunshot victim at ASL Liquor and Market, according to a news release from the department.

Singh, the co-owner of the store, was found with gunshot wounds behind the counter.

Police said they believe he was the victim of an attempted robbery, but are not ruling out other possible motives.

Two days after the killing, police released footage from the store’s surveillance camera in hopes of identifying a suspect.

Several tips from the public led police to Maywood on May 10, where they saw a man believed to be the shooter get into a car outside a residence.

Exodus Joseph Foisia, a 19-year-old male, died Saturday, May 4, after being shot in Carson, according to Los Angeles County Medical Examiner-Coroner's records.

Suren Tahmazyan, a 48-year-old man of Armenian descent, was fatally shot on Saturday, Oct. 13, in the 6400 block of San Fernando Road in Glendale, according to Los Angeles County coroner’s records.

Tahmazyan was in the parking lot of the Ararat Restaurant at San Fernando Road and Ruberta Avenue shortly after 8 p.m. when a man walked up and began shooting, said Glendale Police Sgt. Dan Suttles.

Another man standing nearby was also struck by the gunfire and suffered a grazing wound, Suttles said. But the gunfire struck Tahmazyan full force, and he was pronounced dead at the scene at 8:27 p.m., according to coroner’s records.

The restaurant was hosting several special events that evening, Suttles said, and the parking lot was packed with cars that had been valet parked.

Investigators don’t know whether Tahmazyan had even gotten inside the banquet before he was shot, Suttles said, and it’s not … 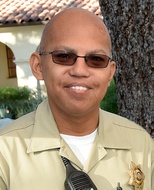 Mark Manlapaz, a 36-year-old man of Filipino descent, died Friday, June 29, after he was stabbed in the 3500 block of Pomona Boulevard in Pomona, according to Los Angeles County sheriff’s investigators.

Manlapaz was working one of two full-time jobs, as a security officer for Cal Poly Pomona University, when he was stabbed and his throat was slashed around 4:30 p.m., according to Sgt. Howard Cooper.

Investigators found Manlapaz in the front seat of his work truck in a parking lot on the south side of Pomona Boulevard, just south of West Temple Avenue, Cooper said. A film was being shot in the area, Cooper said, and Manlapaz was monitoring traffic to keep unwanted people from coming on the set.

Manlapaz was pronounced dead at the scene, Cooper said. An  autopsy is still pending.

“The scene was quite brutal — a lot of blood,” Lt. John Corina told The Times …

Donnelle Ali Taufaao, a 20-year-old Samoan man, was shot and killed Saturday, March 17, in the 600 block of East University Drive in Carson, according to Los Angeles County coroner’s records.

Taufaao was standing outside a strip mall liquor store around 9:45 p.m. when a car drove up and he started talking to the man inside, Los Angeles County Sheriff’s Lt. Derrick Alfred said.

“The conversation got heated, and the witnesses said they could see it going sideways. They ran inside the liquor store, heard the shots and then came out and saw the victim on the ground,” Alfred said.

Taufaao was pronounced dead at the scene at 10 p.m., according to coroner’s records.

The coroner’s office said Taufaao was from Lynwood, but investigators think he most recently was living near where he was shot.

The gunman, described only as a Latino adult, drove away in a light-colored sedan, Alfred said. 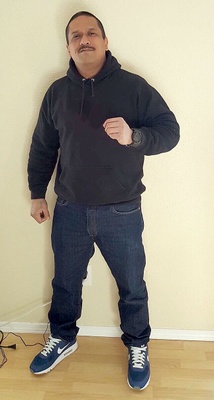 Franklin Bamba Atoigue, a 46-year-old Pacific Islander, died Friday, Oct. 6, after he was shot in the 23500 block of Panama Avenue in Carson, according to Los Angeles County coroner’s records.

Atoigue was visiting friends in Carson and they were hanging out in the garage when someone knocked on the door at 5:35 a.m., Los Angeles County Sheriff’s Lt. Joe Mendoza said.

When Atoigue opened the door, someone outside opened fire, striking him in the torso, Mendoza said.

Atoigue was taken to a hospital, where he was pronounced dead at 7:11 a.m., according to coroner’s records.

The shooter fled on foot, Mendoza said. Investigators don’t have a description of the gunman or a motive for the shooting, although they say it does not appear to be gang-related.

Atoigue was born in Guam and moved to California with family in 1981, according to his niece Raelene Atoigue.

Most of the family …