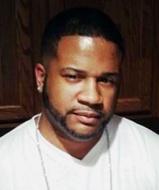 Dennis Todd Rogers, a 41-year-old black man, died Wednesday, March 8, after he was shot and killed by a Los Angeles County sheriff’s deputy in the 5000 block of West Slauson Avenue in Ladera Heights, according to authorities.

Rogers had taken out a membership at a 24 Hour Fitness gym on Slauson about five days earlier and had been staying at the gym some 12 hours a day since then, said Sheriff’s Lt. Joe Mendoza.

Other members complained to management that Rogers had been harassing men and women in the gym, Mendoza said.

A manager called deputies about 8:35 p.m. on Tuesday, March 7, for help removing Rogers from the gym, Mendoza said. Rogers was cooperative with deputies and agreed to leave. The manager told Rogers his membership was suspended, Mendoza said, but he could come back the next morning to discuss it with management.

Rogers went outside, and the deputies left, Mendoza said.

But Rogers never left the area. “He was pacing back and forth and just hanging around outside,” Mendoza said.

The manager called deputies again around 10:40 p.m., saying that Rogers was threatening him outside and that he was afraid to leave, Mendoza said.

When deputies returned, Rogers was “belligerent and cursing, really focusing on the manager,” Mendoza said. “And at a certain point he became belligerent to the deputies. He came very close to them, invading their personal space and challenging them to a fight.”

One deputy shot at Rogers with a Taser, but it had no effect. The deputies also called for help from one of the department’s Mental Evaluation Teams, but the department had just two teams working countywide, and both were tied up with other cases, Mendoza said.

“Even if a team had been available, the closest one was 15 miles away, and it would have taken 30 minutes to get there,” Mendoza said. “This situation escalated really quickly so they probably wouldn’t have arrived in time.”

After the deputy fired the Taser, Rogers walked to a larger parking lot. Deputies ordered him to stop, Mendoza said, and Rogers reached into his backpack and pulled out metal electric hair clippers with a long cord.

The name of the deputy has not been released.

Rogers was treated at the scene and taken to a nearby hospital where he was pronounced dead at 12:32 a.m., Mendoza said. He was struck at least once in the upper torso, Mendoza said. He would not release any further details about the shooting, which, as with all shootings by deputies, is being investigated by the sheriff’s Homicide Bureau and the Los Angeles County district attorney’s office.

Share a memory or thought about Dennis Todd Rogers

Come on people. We know that the sheriff fabricated this outright lie to justify their CONTINUOUS killing of another black man. They always lie and get away with murder. And this person on here named Danish is just justifying that type of behavior. Danish must be a cop because he or she thinks just like those killers with badges. When are law enforcement servants going to start to have to give accountabity for their murderous acts? Or are the citizens of these neighborhoods gonna have to demand it because the justice system is a joke!!!

Ok I'm not usually the one to say everyone that gets shot by the police is completely innocent but this one is just ridiculous. He obviously was mentally ill his behavior was odd and revealed that. But the excuses posted in this article are just downright pathetic. They couldn't wait half an hour for intervention? Why not lock the gym door so he cannot go in and physically take him down. How hard is it for several officers to knock someone down rather than kill him. They need mental health personnel that can come pick up people and tranpsport them to facilities on call 24 hours. And the clippers story is ridiculous even had it happened I doubt anyone was going to die from a man with clippers. Shame on you LAPD

So you are telling me you could not wait 17 minutes for the Mental health Unit to arrive to help this obvious mentally disturb man. Totally ridiculous.

A mental health unit was atleast 30 min + away, so if he was having some kind of mental issue, why would you then because of lack of proper help, you just shoot the man? I mean come on lord knows you have other means to disable a human being.

According to the Gym Manager Dennis Rogers was belligerent and had threaten him. Why would this educated man who had three children at home spend 12 hours a day at a gym and become a nuisances to other individuals who were minding their own business?
The police tried to taser him but it did not work when he aggressively challenged them. There is no excuse for this kind of behavior.

Tood was my nephew, my youngest brother's son. I find it had to believe what I'm reading leading to him being shot down like a dog! If all this was true; couldn't they have shot him without KILLING him??? He was not a thug and he had a degree from the university of Houston.

"Todd" has always been a gentle "laid" back soul, and would give you the shirt off his back. He was a professional with a Bachelor's in business and a certified accountant, and father of 3 beautiful children. It disturbs me he is being label, a "wild man". He was on an up swing, of his life restarting in a new location.
My question is why shoot? The police are supposed to protect all, and it appears matters was esculated by the police themselves. If they thought he was distressed; could have told the gym to lock doors and the police waited in car when he swung clippers(if that is what happened). In the video he was calm and you clearly saw cops escalating matters agitating Todd. The police saw it wasn't a gun, or knife; so what happen to pepper spray, dogs, baton or just getting back in the car! How about talking in calm a voice and offer help! Also why was he shot 3 times? Overkill! Police train to aim at the smaller kill areas but the leg and arm are big targets that would have stopped and not kill! Where is the training? The so call clippers on a cord would have easily gotten entangled if you outstretched a baton then snatch it away, but I don't believe there were clippers, wasn't any on video!

Dennis "Todd" Rogers was a childhood friend of mine that was considered family to me and my family. He was my best friend and I loved him. We grew up in Gary, IN and attended Bible Way Church together where his Dad Thomas and Janet Williams were deacons and now are pastors of their own Church Ministry. His mother and father are exceptional people who have devoted their lives as foster care parents. It is a tragedy to us all especially to his family who are extrodinary people. Please pray and support his family who deeply mourns the death of their beloved son. They have established a go fund me page for assistance for his memorial service.