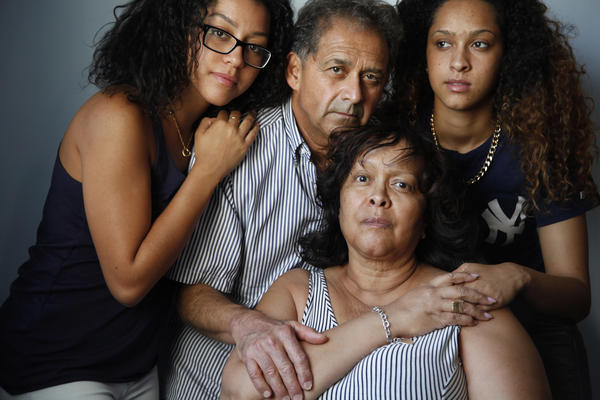 Los Angeles police detectives have pored over each available surveillance video, walked up and down Crenshaw Boulevard and interviewed more than 100 people in the death of 18-year-old Bijan Shoushtari. But they’re still looking for more information.

Investigators on Thursday announced a $50,000 reward approved by the city in the case. They also released a composite sketch of a person seen in the area at the time of the shooting.

The music was loud enough in the Buick that the driver and another passenger didn't hear the shots. Shoushtari, who wanted to become a paramedic and volunteered at a fire station after church on Sundays, might have been mistaken for a rival gang member, LaBarbera said. 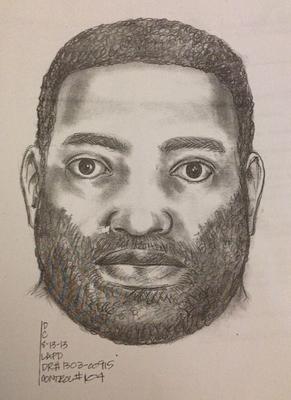 Flanked by family and friends, Marsha Jones-Shoushtari told reporters gathered at the LAPD 77th Street Community Police Station that if she could talk to her son's killer, she would want to know about the person's life.

As the months drag on, Jones-Shoushtari said that she has faith that police will catch her son's killer.

She hopes the crime is weighing on that person's conscience.

"They have to stop and think, 'What if it happened to me?'" she said. "In a million years, I never thought this would happen to me and my family."

In the meantime, Jones-Shoushtari, her husband and their two daughters are coping with the loss of a son and brother. "There's not a day that goes by or a moment that goes by that I'm not reminded of my baby," she said.

Photo: Marsha Jones-Shoushtari and her husband, Mano Shoushtari, are flanked by their daughters Samantha, 26, left, and Ea, 20, at their home in Los Angeles on Aug. 7. Their son Bijan, 18, died Aug. 3 after being shot. Credit: Liz O. Baylen / Los Angeles Times

Sorry for your loss and I hope for the best for your family, I lost someone very close to me@the same age your son was 20 years ago, until this day it still hurts but you'll learn to cope with it, it won't be easy, but it can be done, I do hope the shooter has a conscience but there are so many individuals out there with mental illness and heavy drug use that somehow their able to numb out any conscience they might have had@some point in their life, then you have those who are just cold blooded heartless animals that don't feel anything and those are the ones who feel what they did is normal the good news is they usually end up dead one way or the other because they'll reap what sow.