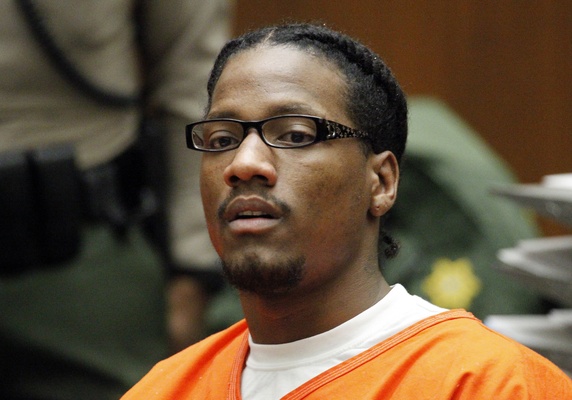 Aaron Shannon Jr. could not be contained in his Spider-Man costume. In his Halloween costume, he jumped and evaded imaginary bad guys off his back porch. Family members even wriggled around in his imaginary web.

William Shannon, his grandfather, looked up to acknowledge two men passing in the alley that Oct. 31 in 2010. The men gave him a menacing stare, Shannon said Friday, and within seconds, bullets were flying. Aaron, 5, still wearing his mask, had been shot in the head.

“You may wonder what would cause someone to shoot and kill a 5-year-old," deputy district attorney Sarika Kim said in opening statements Friday during the trial of the man accused of killing Aaron. "He’s not even in a gang.”

Leonard Hall Jr. is facing his third trial after two previous juries deadlocked. Hall is charged with murder and attempted murder. Aaron died the day after being shot. His grandfather and an uncle had non-life-threatening injuries.

Kim said family members and witnesses all identified Leonard Hall Jr. as the gunman who ran from the scene.

Carol Ojo, Hall's attorney, focused her opening statements on potential bias against Hall in the police investigation and questioned why police did not consider another suspect who was arrested on the day of Aaron's shooting.

“How can you believe a man when his own gang members threw him out?” Ojo asked.

A few of Hall’s family members sat in the back of the courtroom when he entered in a purple collared shirt and a sweater vest.

He tried to turn and give them a smile, but they frequently stepped into the hallway.

According to court testimony, Hall was with Marcus Denson, a fellow gang member, on that Halloween in 2010. Denson admitted a role in the shooting when he was arrested. He later testified in court that Hall shot Aaron. Denson took a plea deal, and was sentenced to nearly 25 years. 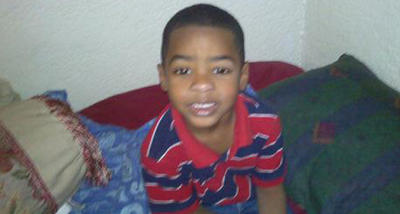 “Aaron went too young,” his grandfather said. “There’s not a lot you can write up in an obituary for a boy who just started kindergarten.”

Hall's two previous trials ended with deadlocked juries. The most recent had 10 of 12 jurors favoring conviction.

Kim said previous juries might have deadlocked because they made judgments based on information outside the evidence.

“Jurors sometimes bring in life experiences and rely on those memories more than the evidence. That’s what happened in the last case,” Kim said. “I don’t have a lack of evidence to prove my case. I just need to prove it again to a new jury pool.”

Ojo expressed disbelief at another attempt to prosecute Hall. The evidence against him has not changed, Ojo said, but she hopes to change more minds in this third trial.

“They really don’t have a case,” Ojo said outside court after opening statements. “But it’s a gang case and a 5-year-old, so something has to happen.”