'I know they did it,' mother of shooting victim Tavin Price says as trial begins. 'I was there.' 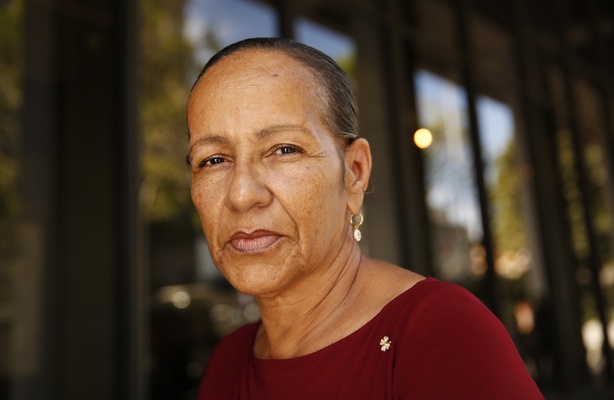 Jennifer Rivers sees the court dates as a formality.

“I don’t know why we’re having this trial anyway,” Rivers said Monday. “I know they did it. I was there.”

The trial of Kanasho Shadrick Johns, 29, and Kevin Deon Johnson, 26, began Monday. The men are charged with murder in the shooting of Tavin Price, Rivers’ 19-year old son, on May 29, 2015. Dwight Kevin Smith, 31, pleaded guilty to manslaughter in August and is expected to testify against Johns and Johnson.

Rivers remembers vacuuming her front seats at a car wash in the 3300 block of West Florence Avenue in Hyde Park on that Friday in May last year. Her son and a family friend walked to a smoke shop nearby to buy cigarettes and a soda. When they returned, they told Rivers about a man who had hassled Price over his red shoes.

Moments later she was looking into her son’s eyes after a gunman fired four fatal shots. 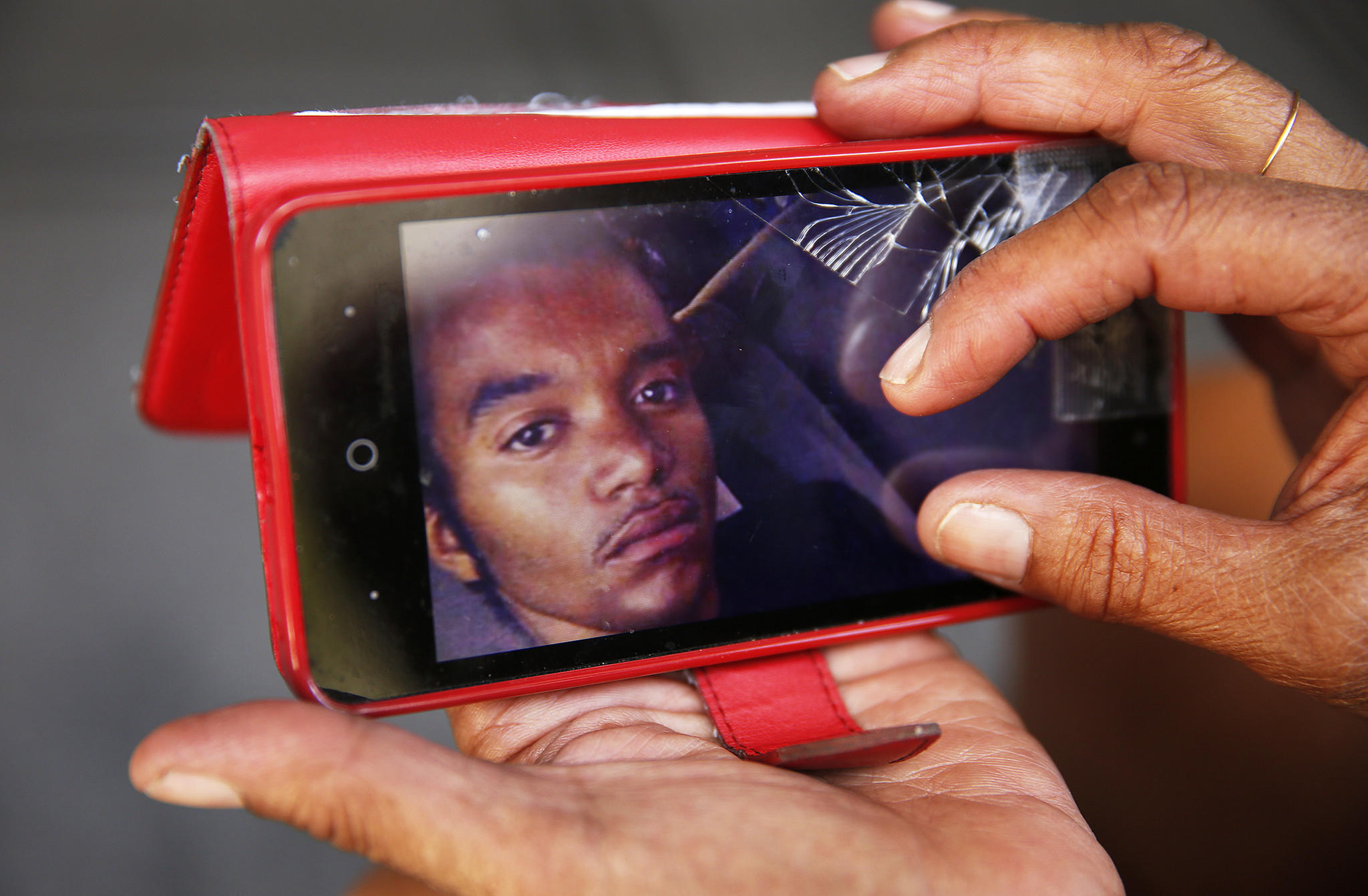 In the downtown courtroom Monday, Rivers sat with family as Deputy Dist. Atty. Bobby Zoumberakis laid out the prosecution’s case.

Smith and Johnson were at the smoke shop around 10:50 a.m., Zoumberakis said, when Price and the friend arrived. Smith confronted Price about his shoes, asking about his gang affiliation. Smith and Johnson belong to a Crips-affiliated gang, the prosecutor explained. Members of the rival Bloods often wear red.

The family friend explained that Price, who remained silent, had a mental disability and was not a gang member, Zoumberakis said. Security camera video played in court shows Johnson leaving in his black Lexus sedan and Smith walking away.

About 10 minutes later, the cameras picked up Johnson and Smith near the smoke shop again as the gunman walked through an alley adjoining the car wash. Then the gunman — Johns in a light gray hoodie, the prosecutor said — approached Rivers’ vehicle and fired four times into Price’s back, the prosecutor said.

“Tavin Price was murdered due to gang pride,” Zoumberakis said. “Because gang pride was more important than his life.”

Zoumberakis plans to call several witnesses who can identify the three men as being at the scene on the day of the shooting, he told jurors in opening statements. He also showed clips from a jail informant video in which Johnson talks about someone cutting a security camera’s wires and the gun used in the shooting.

Curt Leftwich, the attorney defending Johnson, said his client was in the area on the day of the shooting for an estimate from an auto body shop. Referencing the same security video presented by the prosecutor, Leftwich argued that Johnson was not involved when Smith confronted Price. And at the time of the shooting, he said, Johnson was across the street and ran at the sound of gunfire.

“It is the job of the attorneys to present the evidence,” Leftwich told jurors, “but it is the juror who determines what is fact. And I’m sure, when this is finished, you will see that things are different from what the prosecutor has said.”

Bill Jacobson, Johns’ defense attorney, told jurors that although the security video shows the gunman, the shooter’s face is not recognizable.

The defense also questioned why Smith, who Zoumberakis said later is likely to testify, was not on the witness list when the trial began. “If the prosecution calls Mr. Smith, I plan to cross-examine him for long time and get into the detail of what he knew,” Leftwich said. “Because Smith was the bad guy in this case.”

The trial could last through Oct. 14.

Man they killed my big cousin man the made me mad

I'm also hoping the Times covers the trial. Although I've been following the HR for a while now & I've noticed that the Times will not update or follow up on a homicide unless it's a highly publicized homicide that is newsworthy. The majority of the updates on here are done by -Homicidium & occasionally -Meck & -Max Martin.

I hope the Times covers the trial.