Brad Maurice Brown, a 41-year-old black man, was shot and killed Monday, Dec. 31 in the 7100 block of Kansas Avenue in Vermont-Slauson, according to Los Angeles County Medical Examiner-Coroner’s records.

About 2 a.m., Brown got into an argument with another man inside a parked vehicle in a driveway, said Los Angeles Police Det. Dave Garrido. The two were arguing over their wives, police said.

The other man pulled out a gun and shot Brown, Garrido said. Brown was pronounced dead at the scene at 2:14 a.m., according to coroner’s records.

Sheppard was charged Jan. 18 with one count of murder with the allegation that he discharged a handgun, according to the Los Angeles County district attorney’s office.

Sheppard is due in court for an arraignment March 15.  His bail has been set at $3 …

Rony Josue Parras-Mendez, an 18-year-old Latino, was shot and killed by Los Angeles police Monday, Dec. 31 in the 13600 block of Vanowen Street in Valley Glen, according to Los Angeles County Medical Examiner-Coroner’s records.

About 4:40 a.m., LAPD officers responded to an apartment regarding a call of a screaming woman, according to a news release from the department.

Parras-Mendez came to the door of the apartment armed with a “large kitchen knife,” according to police.

Police said Parras-Mendez was given commands that he ignored and “quickly moved toward one of the officers,” prompting the shooting.

Mendez was pronounced dead at the scene at 5:52 a.m., according to coroner’s records.

Police said that before the shooting, Parras-Mendez had assaulted a man who lived at the complex. The man received treatment at a local hospital.  A nine-inch knife was recovered at the scene, police said.

Kioka Shay Colbert, a 26-year-old black woman, was shot and killed Friday, Dec. 28 in the 1100 block of East 89th Street in Florence-Firestone, according to Los Angeles County Medical Examiner-Coroner’s records.

About 10:30 p.m., Colbert was standing outside a car talking to two people who were seated inside, said Los Angeles Police Det. Nathan Kouri.

A man walked up and asked if Colbert was in a gang, then shot her and the two others, Kouri said. Colbert was pronounced dead at the scene at 10;44 p.m., according to coroner’s records.

The two others are expected to survive.

The gunman ran north and was taken into custody near South Hooper Avenue and 83rd Street, Kouri said.

Darrell Sherman, a 29-year-old black man, has been charged with one count of murder, two counts of attempted murder, shooting at an occupied vehicle and being a felon in possession of a firearm, according … 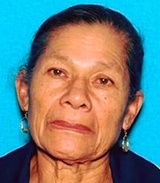 Lourdes Padilla, a 70-year-old Latina, died on Thursday, Dec. 27, after she was shot at the corner of West 104th Street and Yukon Avenue in Inglewood, according to Los Angeles County Medical Examiner-Coroner records.

Padilla, a resident of Inglewood, was walking on Yukon Avenue around 1 p.m. on Christmas Day when a woman confronted her and tried to take her purse, according to an Inglewood Police Department news release.

During the struggle, the woman shot Padilla several times and then fled in a black four-door 2019 Toyota Yaris IA or Scion IA with yellow paper plates, The Times reported.

Inglewood officers found Padilla lying on the sidewalk with gunshot wounds, according to the release. She was taken to a hospital, where she was pronounced dead two days later at 9:09 a.m., according to coroner's records. The cause of death was listed as a gunshot wound to the head.

Liliana Perez, a 27-year-old Latino female, died Tuesday, Dec. 25, after being shot near the 15000 block of South Avalon Boulevard in West Compton, according to Los Angeles County Medical Examiner-Coroner's records.